I'm a relatively standard western-style dragoness, with two wings, four legs, and a tail. My tail is about the same length as the rest of my body, while my neck is relatively short. My overall proportions are mostly accurate in the image by RHaenJarr, though my neck should be slightly longer. Just think of my proportions as being like a cat with wings.

My body is covered in scales that should be a relatively dark blue (see Verscilith's drawing for colors). I also have a thick mane of darker blue hair that tapers a bit.

My head has three notable features. The first is that I have two ear fins at the back of my head, each of which has three ribs. These "ribs" should be the same color as my scales, while the fins themselves should be slightly lighter. Second, I have two slightly off-white horns in the back of my head. I have a fairly particular snout shape too, which you can see in any of the references below.

I also have a purple tongue (see swanlizard's drawing), and my catlike eyes are a deep blue.

My wings are fairly large, as best shown in the image by RHaenJarr. They're fairly typical dragon wings, but with six wing fingers total: three on the wing-hand, and three long ones. The coloration should be the same as my scales on the arm, hand, and fingers, but lighter on the flaps themselves (same color as my ear fins).

The "shoulders" of my wings should be a bit further back than any of these images show. There should be clear separation between the foreleg and wing joints.

My paws are padded (not shown), with the pads being purple (like my tongue). Each of my paws has six toes. 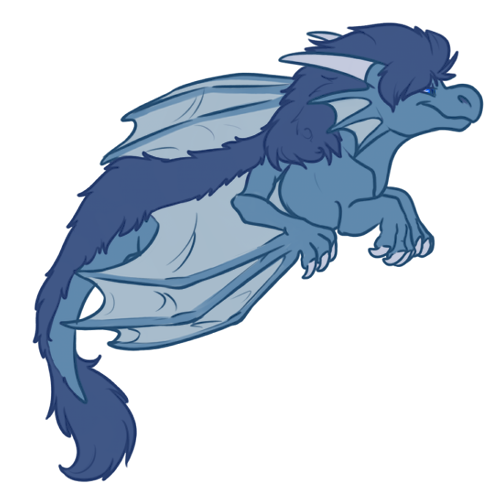 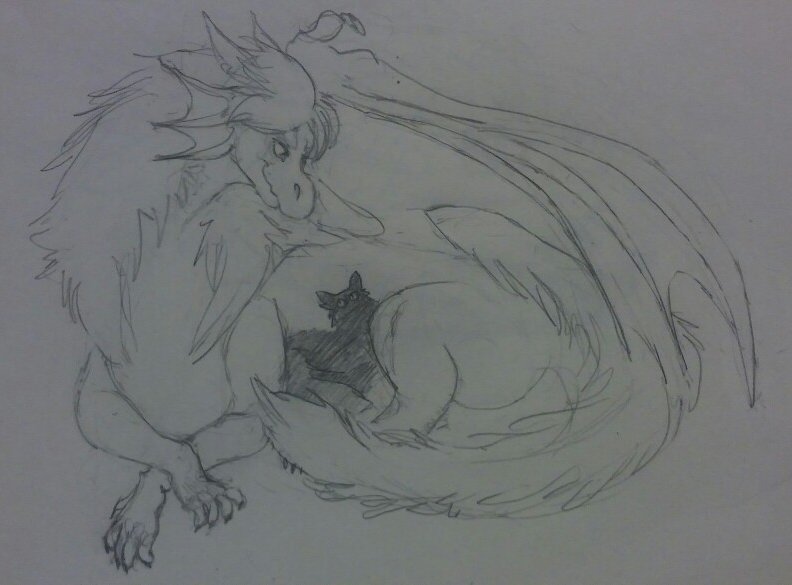 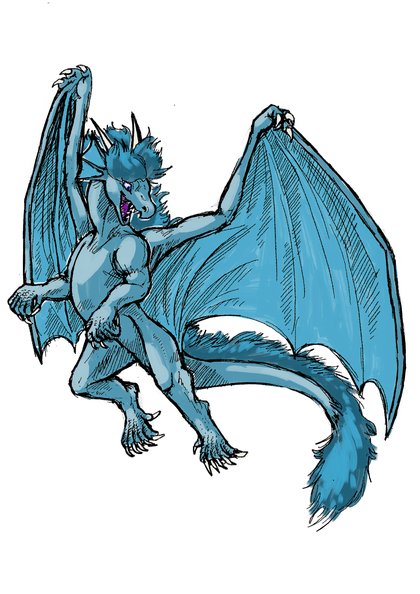 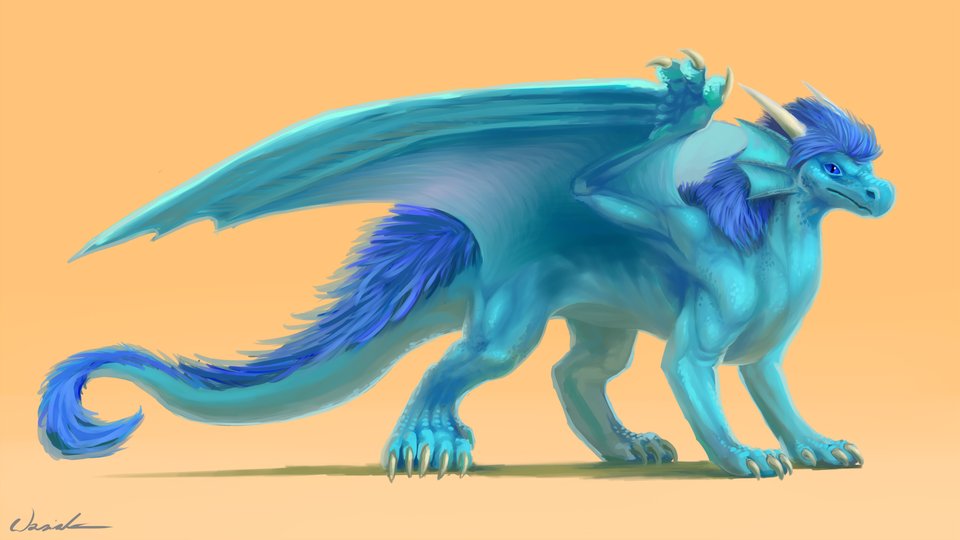